All About Auric Organs & Systems

*Note:  This Page is under construction. Please check back periodically for new additions to this page!
Peace...Ziji 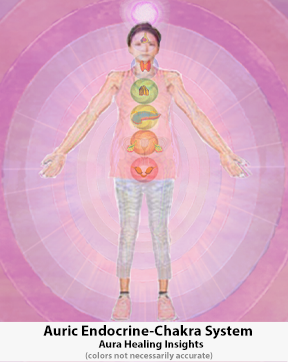 The Auric Endocrine - Chakra System is the direct interface between our Light Body and our Physical Body.

Light energies from the Universe enter our body through the Chakra System, connecting directly with our Endocrine Glands.

Although the placement of the glands are not always exactly positioned where their associated chakras are located, their interdependence is hard to overlook.

Here are the glands traditionally associated with the Chakras: