‘Spirit-Body Liver’ Reunited With ‘Physical-Body Liver ‘ In The Healing Process Of A Client’s Liver Condition — ((NOTE: Click on image to see full picture)) 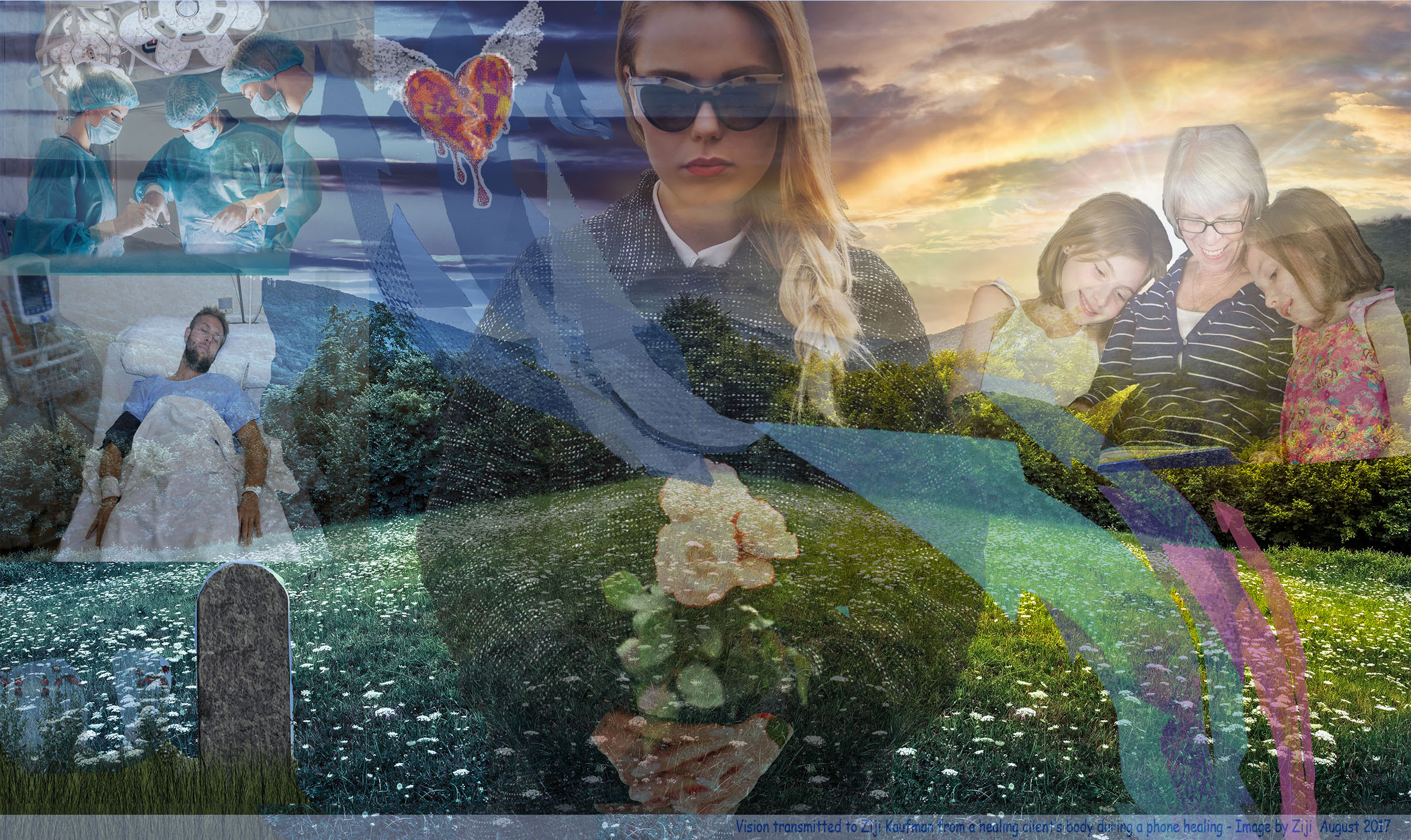 Reawakening after Releasing the Trauma of a Loved One’s Death

Reawakening after Releasing the Trauma of a Loved One’s Death

This blog post is about a healing on a client who originally sought me out to help her with a stomach ulcer, which was the focus of a number of sessions. But in one particular healing session, a long buried trauma unexpectedly pushed itself up from beneath the surface, seemingly unrelated to the ulcer. The long buried trauma was the death of her husband a long time ago following a heart attack and an unsuccessful surgery.

In the years since his death, my client had lived such a full and active life, that she had barely mentioned in our sessions all she went through leading up to, during, and following his death.

This wasn’t a complete surprise to me because, in my experience as a healer, I’ve learned that most traumas eventually freeze and get buried beneath newer life experiences, which create layers like onion layers, or geological strata. And so my client moved on with her life, leaving behind these deep layers of despair for happier and more adventurous days to come.

In this healing though, my client’s body’s intelligence saw the chance to excavate, unfreeze, and release this long buried trauma. In the vision shown to me by her body wisdom, I saw my client walking around for months with her head down, having very little to say to anyone, being extremely tired and emotionally numb.

What I didn’t fully appreciate until after the healing, was just how limited my client was emotionally following her husband’s death and in the years since. Compared to my client’s personality after the healing, I could now see just how emotionally superficial and mechanical she had become after this life trauma. Before this healing, she had been only capable of quick bursts of sympathy and empathy upon hearing a friend’s difficult news, and then just as quickly, she’d have to change the conversation, not being able to hear one more word about the friend’s troubles. In these moments, her eyes would glaze over, and she would become distant and disconnected from her friend and their conversation.

After this healing, my client gradually regained access to her full range of emotions and the genuine interest she had had in others before her husband’s death, all those years ago. Following the excavation and releasing of this deeply buried life trauma, my client now seems to have all the time in the world for people in her life. She asks people a lot of questions about themselves and even if they’re telling her bad news about their lives, she gives them 100% of her attention, having a seemingly unlimited reservoir of empathy. All of her chakras have now opened to some degree, particularly the heart and solar plexus chakras, both of which must be reasonably activated for someone to be open and empathetic towards other people.

In the image I created above, I tried to capture the essence of the vision her body intelligence gave me during the healing. The left side shows how despairing my client was before, during and after her husband’s death, literally shown by the bedridden, hospitalized man, the surgical team, and the tombstone. The blue-ish arrows show the outgoing ‘crying heart’ energy leaving her aura during the healing.  The right side brings back the bright, sunny, life-affirming consciousness my client had before her husband’s decline and death. This is shown by a grandmother’s love for her grandchildren, as well in the happy, sunny, rainbow sky. The multi-colored arrows coming in from the right side are reawakening my client’s love of life she had before this despairing trauma.

‘Spirit-Body Liver’ Reunited With ‘Physical-Body Liver ‘ In The Healing Process Of A Client’s Liver Condition — ((NOTE: Click on image to see full picture))